Do you want Career & Life Success?

Are you sick of working your butt off & not receiving the rewards you want?

Are You Missing Out & Don't Even Know it? 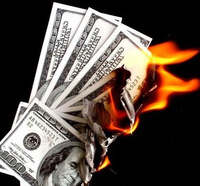 When studies show that 50% to as much as 90% of your message is communicated via your body language
– can you afford not to know how to use it more consciously?

Imagine if You were the one who won the business, sales and leadership awards

Imagine if You were the one people turned to for advice

Imagine if You started earning the money you deserve!

Whilst pitching a project idea for the company, Rick noticed body language cues indicating his boss was making a decision, but what he noticed suggested the decision was going to be ‘No’.

After all the months of hard work, to get stopped at first base was soul destroying and all this flashed through Rick's head when he noticed these subtle non-verbal cues.  Fortunately he remembered back to his body language training and immediately took charge of his emotional state and non-verbal signals to elevate his confidence and positively influence the meeting. By immediately noticing and addressing negative body language cues sent by his boss Rick was able to turn the situation around and his boss put him forward to present his idea to the company directors!

Within 3 months Rick was promoted, running his project with a team of people under him, gaining great respect from pivotal people in the company alongside receiving a massive pay rise.  Body Language 4 Success helped get him here!

‘Suzanne’s success is founded on her uncanny ability to quickly connect and understand people.
Learning these skills in her courses is invaluable to really get ahead in any business or social setting’.
I Lee – Strategic Manager, Air New Zealand